Season 4 of the TV anime adaptation of Kohei Horikoshi’s manga series “My Hero Academia” has been announced. It will air in October 2019. 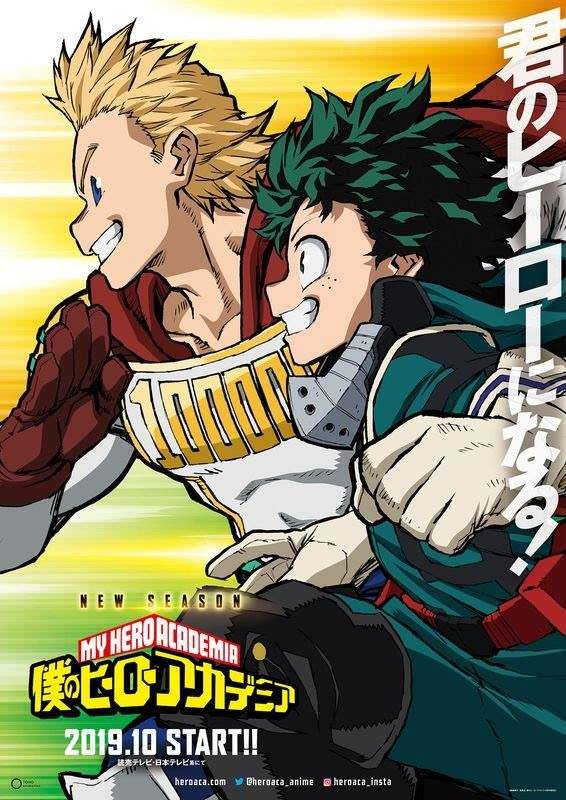 -Synopsis-
“My Hero Academia is a superhero manga series written and illustrated by Kōhei Horikoshi. It has been serialized in Weekly Shōnen Jump since July 2014, and 20 volumes have been collected in tankōbon format.”

© Copyright 2020, All Rights Reserved
We use cookies to ensure that we give you the best experience and serve personalized Google ads that are tailored to your internet behavior on our website. If you continue to use this site we will assume that you are happy with it,you can click on read more for detailed info about cookies and personalized ads.OkRead more